Written by The Barman & Robert Brokenmouth on 01 April 2019. 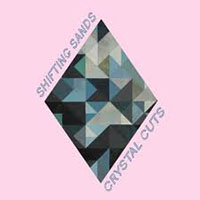 You need to give equal appreciation to the superb guitar-work and the songs that Dylan McCormack and Geoff have co-written. McCormack is a really fine player, mixing earthy tones with an enduring twang, but was being treated for cancer during the album’s recording so was understandably MIA.

His temporary replacement, Dan Baebler from Six Ft Hick, fits in like a Manly footballer’s thumb in a bum. His playing is in the same class as McCormack and resonates right through these 10 songs, underpinned by the lush acoustic guitars of Pete Townson – who should be on time-and-a-half penalty rates. He gives the sound depth and does the job of a bassist by filling in the sonic cracks.

Back to the songs. They’re clever and dark, but they’re neither lounge or noir pop. They’re laid back in many places but still intense. It might be excessively hyperbolic to say they’re Lou Reedian in the way they take on personas, but there you go. I’ve gone and said it. Go rack up on the cover of of the Velvets' Banana Album.Just don't tell me you bought "Lulu" on vinyl.

Best moments? For mine, the closing song comes close. It’s called “Trees” and it’s announced by Izzy’s sweet harmony and an ethereal chorus before it shimmers along on Geoff’s ravaged snarl, Dylan’s saturated, bluesy guitar and a burbling keyboard line. The understated Nick Naughton sits back and locks it away in the pocket on drums, acoustic guitars underlaid to cushion your fall.

Isabella Mellor comes into her own with a lead vocal on “Smoking Again”, a song where sensuality is matched by the cleverness of its lyrics.

And “Hibiscus” really is the ideal song for that solo cab ride home.

Ambiguity and unanswered questions abound in the music of Shifting Sands, and therein lies much of the intrigue and charm. Importantly, however, as black as the prevailing mood becomes in some of these musical vignettes, Corbert and Co always leave the door slightly ajar. The night light is flickering, - sometimes falteringly - at the top of the stairs.

And lastly, if this review has raised any issues for you, Lifeline's 24-hour telephone crisis line is 13 11 14. - The Barman

A rating of eight bottles?!

Just to remind you - five bottles is the maximum. I take that to mean that those five are ticking the boxes. Further bottles are awarded for personal delight, surprise, enterprise and "they have no right to be this good".

"Crystal Cuts" is bloody gorgeous. It'll have you on the floor, or in a slow waltz, or blubbing as the level in the bottle sinks. Despite being nominally about a protracted relationship breakup, "Crystal Cuts" is also superbly uplifting, steadily exciting and a thrill to discover.

You know? The first time you listen to an album is special. Unique. Not every LP is that good that you cherish that moment, not by a long chalk. But I'll always remember pecking away in my back room waiting for the first decent rain of the year, a painting by Josh Lord ("false idols") to my left while Isabella Mellor's gently beautiful voice pours into my head.

Sometimes an LP stands apart from the pack to such a degree that it may as well be a different genre. That's absurdly rare, of course, and while no, I can't claim that "Crystal Cuts" is quite that unique, it comes perilously close.

Geoff Corbett's a long way from Six Foot Hick, his other band.

"Crystal Cuts" is quiet, measured, literate, heavy but with such a light touch you hum the songs, mouth the refrains quietly...and there's so much going on in the background ... it comes to the foreground...like an aural equivalent of that cube which shifts perspective. Or is it you...

There will be folk who compare "Crystal Cuts" to (for example) Nick Cave or perhaps Nick Drake. Hell, why not Nick Cave. Yeah, that's awful ... lazy. I mean, if you like the Cavemeister, you'll fall weeping into "Crystal Cuts". It's heavy and beautiful, simple and familiar, light and dark. But it ain't Cave, nothing like.

For example, ever been here?

No, I'll not take you through the songs themselves, no, not this time. They're simply too good. I could say I really don't want to spoil your first listen but that's not entirely it. You just need to open your wallet here.

Instead, I shirt-fronted Geoff Corbett.

After I came to, in the ambulance, I apologised and emailed him a few questions.

Geoff Corbett: "Crystal Cuts" evolved a lot slower than our previous CD "Beach Coma". There was a lot of chaos and disruption that went down during the writing phase - Dylan (McCormack - guitarist) had some serious cancer-type stuff to work through, one of my kids got diagnosed with muscular dystrophy ... that sort of thing.

We shut down for a while out of pure necessity then you come to the realisation that writing songs and vomiting up the shitty hand you've been fed is going to help.

That said, "Crystal Cuts" isn't the overtly depressing offering you'd expect, not considering the context from which it was created. That's largely due to what Izzy (Isabella Mellor) brought to the mix in the way of vocals and harmonies. She brought hope.

I-94 Bar: Before you went into the studio, what did you have in mind - and did it turn out as you imagined - or different?

GC: "Crystal Cuts' was different because we went into the studio armed only with very rough ideas. None of the songs were trialled live. We did lots of short sessions, getting basic arrangements and lyrical concepts bedded in then go away for awhile and sit with it.

Once we had five or six songs we can tell which direction the record is heading in and it tends to take on a life off its own on the downhill stretch. It's a bit of a lost art I think....making "records" as opposed to compiling a bunch of songs and singles.

I-94 Bar: People are going to ask about the "influences" for this one, I reckon. Fancy sharing what you were listening to as you thought about how to put it together?

GC: Dylan and I are suckers for AM radio Classic Hits. We work together in Drug & Alcohol and we'd be out doing our thing in the community and hear a song on the radio...usually something obscure, one hit wonder type thing and we'd get back in to the office and one of us would say "Hey remember that tune...blah blah blah?" I guess this record was influenced by the essence of that kind of stuff. It's probably pop? I don't know...

Dylan has always said that you know you've written a good song when you feel like you might have heard it before, when you're immediately comfortable with it. It has to fit you like a well-worn armchair.

I remember getting a DIY crystal radio set as a kid and crudely soldering it together and laying in bed at night listening to AM and it was my first attempt of escaping the isolation of growing up on a farm. Hearing those songs in mono through a single earpiece, tuning through the static to get 4NA...that's what this record is about...the eclectic mix. It's why it's called "Crystal Cuts".

Curious, this writer used to feel a bit like that about the mid-period Bad Seeds material; there was a sense of the familiar about some of their originals which just seemed ... right. I'm sure other folk feel a similar way about some records.

In fact, I so much don't want to spoil your first listen to "Crystal Cuts", that I'm going to quote label head Loki Lockwood's press release:

Geoff Corbett (SixFtHick) and Dylan McCormack (Gentle Ben & his Sensitive Side, The Polaroids) glued together words and music as a post-work debrief to take the edge off dealing with life’s little realities of someone else’s problems in a Drug & Alcohol unit in a faraway hospital.

It was never meant to mean anything. But it did.

At the core Corbett and McCormack, along with a revolving door of Brisbane’s finest, managed to spit out something not heard and not tried on the stage-boards for quite some time, maybe forever (in northern climes at least). It was tagged down-beat, depresso-core. The Sands were the quietest heaviest band around and still are.

Death and disease, the lingering vibe of unease, can all be clocked and forgiven. You try and seclude yourself in the song writing corner like you have done before all business as usual and shrug that monkey off. No forgets.

Even if you could forget why would you? Bad times are the Shifting Sands mantle and what presents is a palette to draw from.