Blow The Bloody Doors Off in Adelaide

Written by Robert Brokenmouth on 13 March 2015. 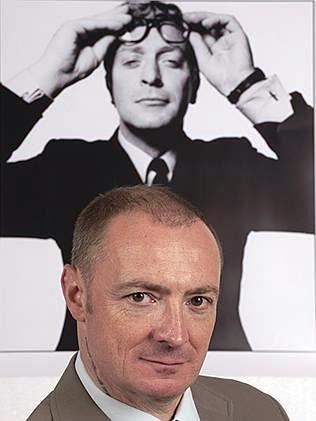 "Blow the Bloody Doors Off" is a triumph of ingenuity, intelligence, organisation, talent and sheer bloody guts.

Once or twice I reflect how damn lucky Adelaide is. "Blow the Bloody Doors" off isn’t touring the rest of Australia, though it should, and soon.

It’s a 12-piece orchestra, with three vocalists, a narrator, and our host Terry Edwards, who I want to focus on. Edwards is some kind of … well, he’s bloody clever. This is the third show Edwards played in this Festival, and the orchestra had only three days rehearsal before the two-and-a-half-hour production. Edwards arranged it, provided linking music and structured the entire thing; he conducts it, and plays several instruments. Tomorrow he’s off to Sydney, then Melbourne to play in the David Lynch songs show.

He must be bloody buggered.

“Blow the Bloody Doors Off” is a triumph; a tribute, an interpretation, a fun night out … you get what you don’t expect and you get more than that. Among other things, you get a kazoo rendition of "When the Saints Go Marching In" segueing into "Auld Lang Syne" … and you are, improbably, moved. Shouldn’t work. It does. Absurd, surprisingly moving too. And it's not the only familiar piece either...

Edwards has taken four classic 1960’s Michael Caine films, all of which deal with the changes in morality and acceptability in the UK at the time. Principally, of course, we’re dealing with a sharply-put-together big band which swings (often with grace, often with real menace). Many musicians of the post-punk generation came up from humble beginnings, much as Caine did, and as many artistic types in the ‘60s did. Len Deighton you’ve probably heard of, probably seen a few of his films. Ted Lewis - ever heard the name?

See, the thing about the ‘60s wasn’t all the sex and the drugs. For most people, it was about possibilities, and what you could be if you … just went and did it. The then-flash realism made all the difference to a film industry determined to produce innuendo and light or zany comedy.

Carefully-chosen excerpts of the first three films each lead to the orchestra striking up. But this is about Edwards. Easily the most interesting conductor I’ve seen; he manages the pieces - often very complex - brilliantly, completely has the attention of the orchestra, their respect. He’s the boss, the gaffer. But he’s polite, genial, understated about it. His arrangements make sense, they’re witty and cleverly put together; Edward’s movements while conducting are liquid, but precise; when he’s not conducting, he’s unobtrusive.

There’s no big ego onstage here; Edwards mostly faces the orchestra, so we see the music’s huge, swelling movements transporting him. His non-conductor directions are low-key, understated, relaxed - Edwards has obviously worked damned hard to put this together, yet he feels no requirement to push himself at us. The music, the themes, the performance are the thing.

“Alfie” is the first film tackled. By the theme - cheeky rogerer - you’d think it was a happy-go-lucky romp until you saw it, because the main character (Caine) is a bastard, and doesn’t care if you know it.

The second film is “The Ipcress File” (based on the ground-breaking book by Len Deighton). Caine’s character is also a bit of a shit here too.

The third film is “The Italian Job”, where Caine is a rather likeable criminal.

The last film, the entire second act, is “Get Carter”; Nichols reads from the Ted Lewis novel, and it’s here that the show becomes more visceral. Interestingly, although the film “Get Carter” is a depressing damn thing which rubs our face in the ugliness of England, yet the original score was much longer, and much more jaunty, so there was clearly a difference between composer (Roy Budd) and the director (Mike Hodges).

Inspired by the mostly unknown original score, that’s what we get here, a grim story which dances, head down-arse up. Hell, Edwards' the orchestra swung red hot and blue, swaggered something tough and gristly, then brought us down gently. Rather a wonderful experience.

Each film is from the then-modern 1960s which, despite certain aspects of gloss, is also gritty and ugly. England is a place where you gotta make your own world inside (ED: Just like Adelaide!)  The films wanted to show a more realistic England, and it wasn't always pretty. Edwards' interpretation is succinct, sharply observed and, if you didn't already figure it, very funny in places.

The closing number at the end of the first act sees the entire orchestra stamping bam-bam-bambambam then bellowing “England!” in that splendidly daft football supporter way - this apparently brought the roof down in London, but here in stuffy Adelaide, we don’t really know how to join in, and we confuse this with cool. I won’t spoil the very last moment of the first act, but it’s a cracker.

Edwards has the guts many conductors do not possess, he can walk off the stage when he knows he’s not needed, knowing the orchestra will soar. His score allows the orchestra to swap central pivots; for one piece it’s the percussionist, for another the guitarist, for another (well, quite a few actually) it’s the brilliant, sparkling bassist (include double bass, with and without a bow), the pianist/ Hammond organist.

Even he’s when playing music himself (variously piano, trumpet, Hammond, guitar, bird calls and kazoo), Edwards never places himself in the limelight, always letting the others shine because he loves music, loves making it, breathes music like a dragon breathes flame. Yet he carries this show like a joyous millstone … as the last notes died away, those dreadfully chirpily doom-laden notes from Get Carter … Edwards lets out a huge breath and his shoulders drop in relief. He’s done it. His achievement could not be more eloquent.

The themes, I thought, were about the nature of Englishness, the nature of reality, perhaps how we strike a jaunty pose while we get through our days, all laced with a tightly-wound undercurrent of melancholy. Very, very English, that. Strange how such evocative period English music seems so modern, so up to date. Maybe we’ve caught up to that strange tumbling rush which was the 6ts.

My only gripe was that - understandably I guess - neither the films nor the books weren’t available at the merch stand, nor a CD.

We don’t always get what we want.

As I said, Terry Edwards. Look the bloke up and hire him for your next Festival. If you don’t have a Festival, put one on.

And look up the musicians. Make sure they don’t get away either.

I doubt I'll go to the Danny Elfman show in a few days - I just can't believe it could as much fun as this simply because there's just too much life, too much joy of living in “Blow the Bloody Doors Off”.

The pic at the top of the article is by Bleddyn Butcher, who you may also have heard of.

If I was giving an out-of-five ... I'd say five pints of Watneys Red Barrel and a ploughman's.