A track-by-track of "Rough and Ready" with Scott Morgan

After years of medical tribulations, Scott Morgan is taking the next step in his return to active musical duty. The former Rationals, Sonic's Rendezvous Band, Hydromatics, The Solution and solo band artist with a career spanning five decades releases his first new album in seven years this month, the stellar "Rough and Ready" (Rouge Records).

Backed by The Sights, his band of choice on recent live outings, Morgan emphatically returns to his blue-eyed soul roots, laying down 10 songs of righteous beauty and grandeur.

Co-written with Eddie Baranek of The Sights and recorded by Jim Diamond at Ghetto Recorders and Adam Cox at Hamtramck Studios, it's a refreshingly pure album and a reminder of why Morgan has long been regarded one of the best rock and soul voices in the business. We asked Scott to walk us track-by-track through "Rough and Ready". The photos are by Marian Krzyzowski. 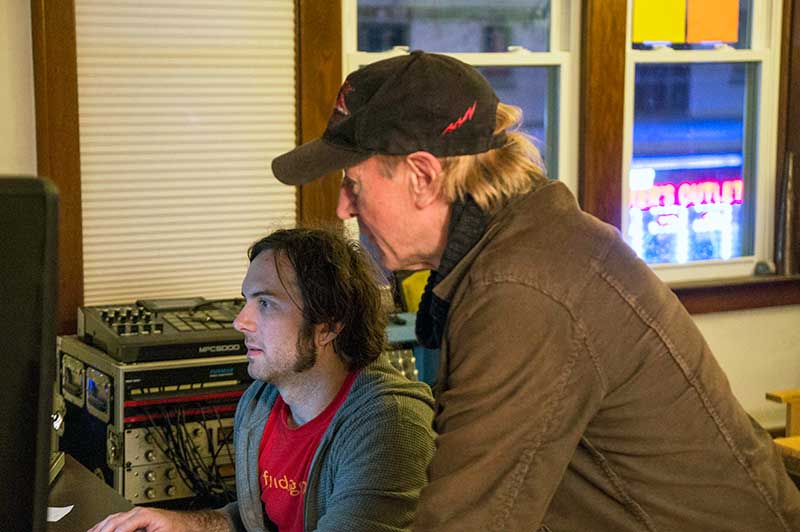 Scott Morgan at the Hamtramck Studio console with Adam Cox.

This is a cross-country trip across America on AM radio, based on the book “Radio Revolution -The Rise and Fall of The Big 8”.  It’s all about regional radio before FM and national programming.

Scott Asheton and i used to sit in my car and listen to WRVA-AM in Richmond, Virginia, a truckers’ station, and WLAC-AM in Nashville, a soul station.  We loved outlaw country and even had a band called Country Action while we were in Sonic's Rendezvous Band. Because CKLW-AM was 50,000 watts, you could hear it throughout The Great Lakes by day and from Europe to Southeast Asia at night.  Atmospheric skip waves carried the signal thousands of miles.

As for the people and things mentioned in the song, The Moondog was Alan Freed.  The Bird was Robin Seymour.  Doc McQueen sold Voodoo oil in Detroit. The Wolfman was Wolfman Jack. Boss Soul was in L,A.  Radio Luxembourg and Radio Caroline were pirate radio stations competing against the BBC.

This one’s a microcosm of the music business and the economy, with references to family stories.  My father's mother died when he was six and his brother said "i'll never be happy again."  The flowers coming through the window in the song was a dream my grandmother had when her three-year-old son died. 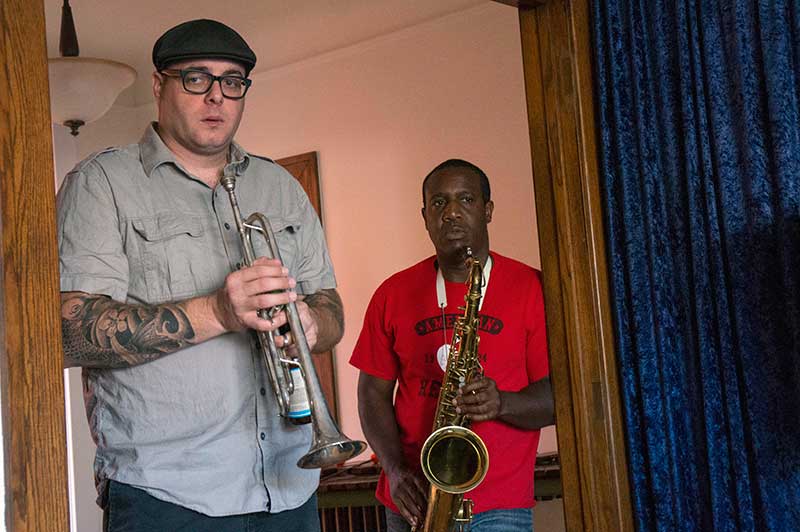 It’s based on the movie “The Help.”  There’s a reference to Little Brother Montgomery's song “Vicksburg Blues” and the music you hear on the Mississippi River between New Orleans and davenport, Iowa.

Sugar Ditch was where Jessica Chastain’s character came from before arriving in Jackson, Mississippi.  The monkey on a pole is Mick Jagger and Johnson is Robert Johnson.  Harper Rowe is the company that published Skeeter's book.

It’s based on the wedding vows and how to treat a woman right.  The answer song to “Sooth Me” by Sam and Dave.

A combination of “Wade in the Water” and “The Last Time” by the Staple Singers.  There are references to the North Star in The Big Dipper, the Drinking Gourd (another name for The Big Dipper, used by the slaves as a night sky reference point when on the Underground Railroad escape route.)

The song title comes from The Troubles in Northern Ireland.  The women in Belfast decided they had had enough of the violence between the IRA and Ulster Defence.  That topic can be applied worldwide. 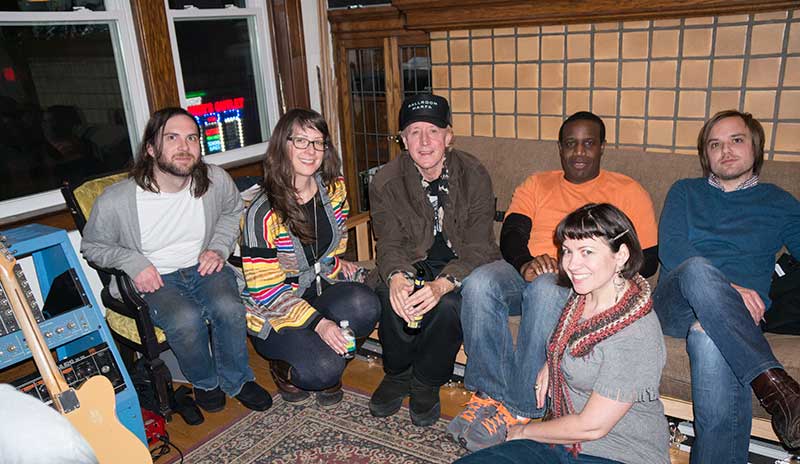 This refers to my sister saying that to my mother and about me and growing up in my childhood neighborhood.

My parents lived with my great aunt, Sofia, before i was born.  That was on the near east side of Detroit near Belle Island, while my dad worked at Grinnell's Musical Instruments.  He had been in Japanese language school in military intelligence during WW2.  My mother had a Masters in Elementary Education and they met at a USO dance at the University of Michigan.

Eventually they moved in with my grandmother in Ann Arbor, and i was born there at St Joseph’s Hospital.  We used to play in a tent in our back yard and that's where my sister told my mom i was smoking.

We flooded the yard in the winter so we could skate and play hockey.  I would climb down a wall to visit my best friend.  There was a large field and plenty of parks in the neighborhood, and plenty of neighbors who would go on to be famous.

I Ain't Got You

It’s inspired by the Willie Dixon song and the Lowell Fulson/Otis Redding and Carla Thomas record, also recorded by Jimmy Reed and Mose Allison.  All dressed up and no place to go.  Soul man suit, cowboy boots, Goya steel string acoustic guitar.  Kalamazoo was the home of the Gibson guitar factory.  Fullerton was the home of Fender instruments.  “Spring time, pretty ring time,” is a line from a Shakespearean song.

Somebody's Trying to Kill Me

A cat with nine lives. That’s, me. The part about rescuing a girl from prostitution is as in “Mean Streets” with Robert de Niro.

It’s a story of my grandmother getting lost in the woods as a child.  She kept coming back to her house without recognizing it.  Finally they found her and took her home.  Her bed time prayer was “Angels Watch Over Me”.

It’s a slang term for a mixed race girl in Louisiana.  Black, choctaw, cagin or creole.