Kuepper cracks 50 and you can pre-order "Lost Cities" now 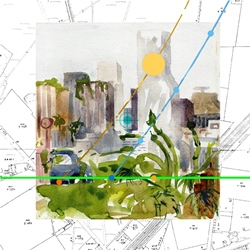 Ex-Saints and Laughing Clowns trailblazer Ed Kuepper's 50th (!) album “Lost Cities” is on its way and available for pre-order.

“Lost Cities'' will be released on December 20 on CD only and we reckon it would be the ideal Xmas gift. You can place your order with Ed's own Prince Melon Records webmaster James Last here.

Copies purchased before the official release date will be personally signed by Ed and cover artist Judi Dransfield Kuepper.