James McCann, the ramblin' man who's got a lotta moves 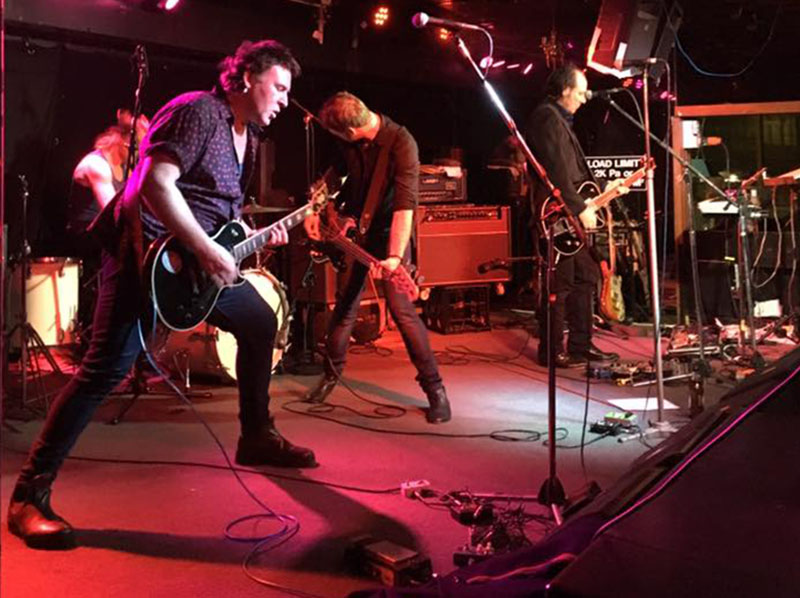 James McCann leads his New Vindictives through a set in Sydney.

Before he was hanging out with The Drones in Perth, or touring through Europe with his own bands, James McCann cut his teeth playing in a local band in regional Western Australia.  It was a baptism of fire, an experience that instilled in McCann a resilience that’s benefited him ever since.

“There’d be bikers, surfers, shearers, hippies, all mixing into one crowd, and fuckin’ getting’ shitfaced,” McCann says.  “It could go real good, or it could go south really quickly. Heavy stuff would be happening, and you’d be up there watching. You had to hold your own.

"So by the time we got to Perth, playing was a walk in the park!  The whole of my music career since then has been easy, crowd-wise.”

McCann grew up in the Western Australian town of Albany, 400 kilometres south-east of Perth. McCann’s father had moved from Scotland to Australia in the 1950s.  After marrying a local woman in Sydney, where McCann’s elder sister was born, the McCanns moved back to Scotland, where James and his younger sister were born.