Cookin' Up A Party/Can Your Monkey Do The Wurst? - King Salami & The Cumberland 3 (Dirty Water/Off The Hip)

A West Indian, a Frenchman, a Japanese, a Welshman and a Mexican walk into a bar…it might sound like the opening of an old joke but it's more likely just King Salami & The Cumberland 3 turning up for a pre-gig soundcheck. The London-based five-piece (names can be deceptive) are are a frat band version of the United Nations - only not useless - with enough recycling going on to start a chain of environmentally-friendly chain stores.

King Khan and BBQ Show bring their bad news Down Under 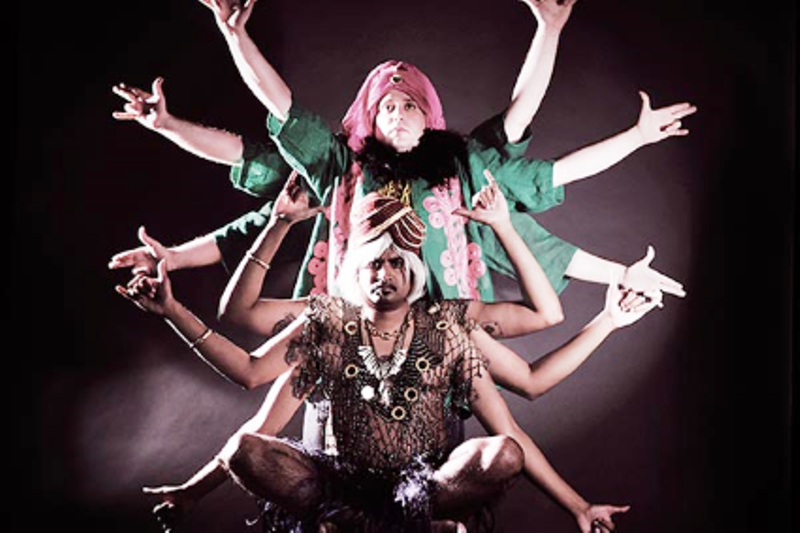 The raucous rock ‘n’ roll legends that are The King Khan & BBQ Show have announced Australian side shows to their Splendour In The Grass festival appearance.

They’ll play gigs in Sydney and Melbourne in celebration of their recently released album “Bad News Boys”, their first in five years.

The fabled duo of singer/guitarist King Khan and drummer/singer/guitarist Mark Sultan made their Australian debut at the request of Lou Reed & Laurie Anderson for the 2010 Vivid Festival - and promptly hit the wall.

French one-man band King Automatic now has four albums on Voodoo Rhythm and still can’t make up his mind what musical genre we should put him in. Amen to that. This record is his most cosmopolitan so far.

“Lorraine Exotica” bounces from exotic organ-drenched garage to fuzz-soaked blues to Jamaican rock steady, with maracas, Russian folk music and trash exotica thrown in along the way. It jumps around like a tenderfoot tourist in Fiji lingering too long on hot coals. King Automatic has toured everywhere from Eastern Europe to South America and this album sounds like he’s sending a musical postcard from every stop.