The art and tragically unnecessary death of Martin Harris 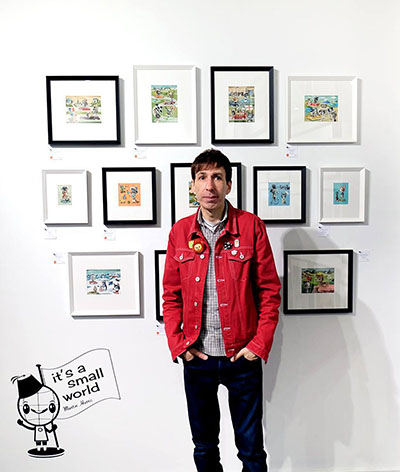 How best to remember Melbourne graphic Martin Harris who left the world a week ago?

The Barman has asked a few of us to write about our Top Tens this year. Well, like most of us, I didn't go out much, and didn't listen to much either.  However, one thing which has dominated this year is depression and its many variants.

What has this to do with rock and roll?  Plenty. If you don;t agree, you can't have been listening to the greats, Ozzy Osbourne, Johnny Cash, New Order, Amy Winehouse...

See, I've always thought the impulse to create rawk is only a single manifestation of what I call 'the creative imperative'. This imperative is stronger in some than others, of course. But if you would take the imperative to success on a gigamax scale, you not only need luck, you need determination, hard work AND more luck.

Queen, for example, were so determined to succeed that before they were gigamax they rehearsed in their stage gear. They worked hard for their success. Ask any musician: songs don't just drop from trees, fully formed. Some folk are stupidly talented, but with most creatives, genius rarely spontaneously happens.

Anyone reading “Get in the Van” gets an idea of how determined Rollins has been to succeed. What do P.G. Wodehouse, W.E. Johns and Dick Francis have in common? They wrote at least a book a year (Johns sometimes churned out three or four per year). But not only did they each have a lot of luck, they all worked damned hard. (Alright, so PG had several flops and weathered two gigantic, very public (and bloody funny) scandals but even so).