Back Behind The Kit - TV4 documentary

So as a person with an extremely limited disposable income, I am unaccustomed to experiencing so much high quality entertainment in a short period of time.

A family member tripped across some kind of free trial TV subscription service and I keep binge-watching music flicks-witnessing one marvelous show after the next, kind of glimpsing how so many of my former peers are able to stay apolitical, apathetic, suitably sedated in their consumer hypno-spells. 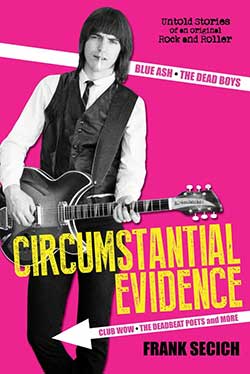 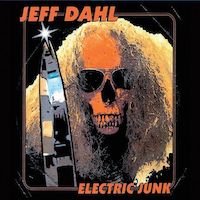 Jeff Dahl w,as born in Stuttgart, Germany in 1955 and then relocated to Hawaii in 1960. He moved to Los Angeles and the rest is SoCal punk rock history.

This most underrated singer-guitarist has released about 26 albums, serving time in the wonderful Angry Samoans and going on to play with with Cheetah Chrome (Dead Boys) ,members of The Germs and 45 Graves, and collaborating with Poison Idea. Not a bad rap sheet. He's now living back in Hawaii.

Receiving Jeff's new album, "Electric Junk", I was very exited to hear some new tunes from this living legend. Let me tell you: It just rocks with those songwriting and guitar playing skills shining like a harsh Hawaiian sun.