Written by Graham Stapleton on 29 December 2020. 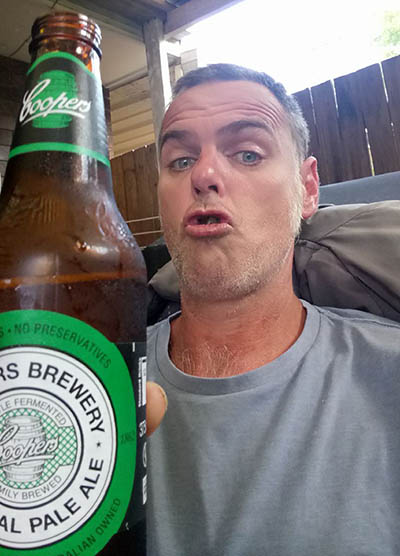 2. OUTTA SPACE PRESENTS
There must be something in the water on the Central CVoast of NSW, 'cause Milly D'Alton and Adam Brzowski and crew have released some great LP"s and 7"s through their label OUTTA SPACE PRESENTS this year. I've gotta head down to Woy Woy and check out their new venue Link & Pin as well sometime.

4. SOUND AS EVER
A Facebook page that's just taken off, reminiscing the Aussie Indie scene of the ‘90s . A couple of great compilation cd's released this year of unreleased tracks from the era, great discussions in the many threads that are worth delving into.

5. THE MICK AND URSULA SHOW
We enjoyed a weekly fix of great tunes from Mick Medew and Ursula Collie during lock down for most of you. Up here in QLD it wasn't so bad, but you can never hear Gary Numan's "Cars" enough, among other highlights.

6. THE STEVE + occasionally JOEY SHOW
As with above, a weekly free live stream. Steve Lucas doing some great covers, shit! how much fun Would it be to have a sing-along by a camp fire with this guy?  The odd appearance by his trouble and strife, Joey Bedlam, made it all the more worthwhile as well.

5 - 6 AND A HALF
Just wanted to mention that the comments that kept rolling through the previous live streams were brilliant, what a cool bunch of people.

7. STIFF RICHARDS
Three albums in a year (well two, plus a nice looking reissue of the first one).

8. THE BREADMAKERS
Ha! I'm probably a bit biased cause I got a credit in the thank you’s on the long overdue new album that was released this year. And, I'm proud to have my name on it, cause I think it's up there with the best they've done.

9. WILDE RATTTZ.
This "Supergroup" (featuring J Mascvis, Mark Arm and the late Ron Asheton) released a chunk of stuff on Bandcamp this year, hopefully the other session will also be released too soon, and maybe a vinyl release or two would be cool.

10. POSITIVITY
Finally, I'd just like to say how positive the majority of people have been over the past year. So, to all I've interacted with online or in person, and to anyone that enjoyed my list, you are all my Number One pick of the year