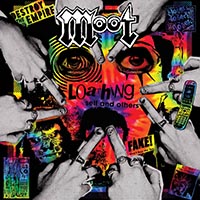 “Patient One” is a message about society’s many toxins straight from Corona Central and is so old school it has a drum solo from skins pounder Benjamin Copland. “Such if Life” takes its title from Ned Kelly and features  John Walker’s evocative guitar as its centrepiece, which nods heavily in the direction of Buck Dharma.

The 40-second “Too Punk” is just “Too Drunk To Fuck” with a raised middle finger.

East Coast Low’s Geoff Mullard has done a sterling job on production and the disc is available for a pittance on Bandcamp. The loathing will be all yours if you miss it.