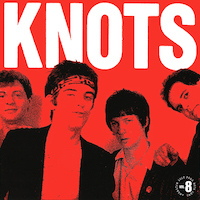 Probably the closest I ever came to really manifesting my purple rock dream was a brief moment when I had found a remarkable collaborator, with a very distinctive and original sound, who went on to really leave his mark on rocknroll history, before vanishing off to Japan when grunge killed the vibe.

At 20, I still lacked confidence and experience as a performer, and my lyrics lacked depth, so my supremely talented red leather clad guitar hero sensibly replaced me with an infinitely more qualified singer from Canada, who became another close friend. At that time in my life, I was not the nazz, I was just a buzz, some kinda temporary, but those guys were my wise and encouraging sensei brethren and they made the best record of that decade together.

So that's what I was doing in NY at the time- not eating, drinking heavily, laughing my ass off, and scouting around for other rockers, but I was broke, squatting, undernourished, under-slept, I'd lost one of my contacts in the gutter which left me half blind, it was the best time, and it was the worst time, but I got to follow all my older punk heroes around and learned a lot of moves from all those gents. While hanging around downtown with the other sleaze-punk alley cats, I became friendly with the Knots and Waldos bassplayer/vocalist, Big Tony Coiro, who was heaps of  fun to be around,  and he introduced me to a couple of the peeps who eventually became my best pals, 'til this day.

I used to see all the bands back then, two of the fellas I spent everyday with are still widely considered among the best rocknroll guitarists of all time. It was a lot of wild fun, all the time, around the clock. We were all fully alive. The Waldos were the best band on the scene back then, with an unrivalled, crackerjack lineup of Big Tony and Joey Pinter from the Knots, the inimitable Walter Lure from the Heartbreakers, and Jeff West from the Testors. Other NY bands might have had big money promotion, but none of them were as fun to see live as the Waldos. I remember standing in front of Joey one night when he was playing the Heartbreakers set alongside his amigos, Jerry Nolan, Walter Lure, and Tony Coiro at the Thunders Memorial Show, thinking to myself,  "this must be what it was like to see Keith Richards in his prime." Joey Pinter remains one of the rare rocknrollers who actually gets better with age.

His self titled solo CD is my favorite underground rocknroll album, since the Humpers debut, 100 years ago. If you, or your loved one, dig the raunchy rocknroll music, and obviously you do, if you're here at the bar, reading this, you'll wanna promptly track down that crucial, essential, must-have, maximum bottle review, solo "Joey Pinter" CD, that has influenced successive generations of primo punk bands like Dirty Eyes, Dr. Boogie, Sweet Things, Poison Boys, and Original Suffering Bastards, along with this absolutely boss and flash as hell Knots re-release three song, 45 EP., on limited-edition bubblegum pink vinyl, that inspired the New Bomb Turks and many since, with liner notes by Max's Kansas City punk boss-of-bosses, the great Peter Crowley.