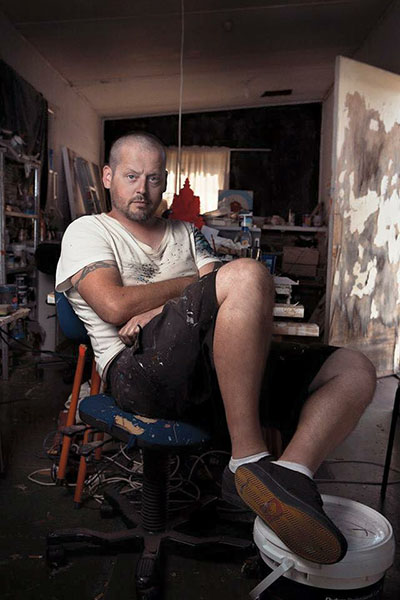 Josh Lord is, despite the agit-prop-like art, a conservative. The morning after the opening of his Melbourne exhibition, Josh rose at 7am and started work on his next series of artworks. Then he went to town and did an interview. Then, finally realising he was still wrung out from the night before, he crashed.

Now, if most of us had worked all year and put everything into one night - granted the exhibition runs for a while yet, but the opening was “the event” - we’d be reeling around all wibbly-wobbly and a bit dazed for most of the following two days.

Josh is a working man, really. And art is his business. Whoever said that all capitalism is evil? Josh makes art which criticises both art and capitalism, but capitalism itself doesn’t have to be evil. There’s a lot of evil nasty sods out there. And it only takes a small percentage.