The Dubrovniks are playing a one-off Perth show before embarking on another European tour.

The band reformed for Australian and European shows this time last year and is off overseas again.Their only local appearance will be Thursday June 2 at the Rosemount Hotel, supported by The Volcanics. Tickets are on sale now from http://www.rosemounthotel.com.au/ 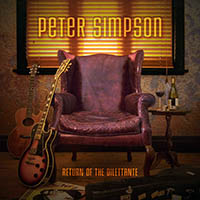 As far as dipping a toe back in the water, this EP is just short of complete immersion at the deep end for Peter Simpson. You can hear the Dubrovkniks guitarist-vocalist has put a lot of himself into these five songs and it mostly pays off.

It seems like a million years ago (it’s actually 37) since Simpson arrived in Sydney from Perth in a briefly successful but long-forgotten band called Teeny Weeny. He went on to play in the Dubrovniks (via The Spectre’s Revenge), experiencing fame if not fortune.